An Attractive Opportunity On The Outskirts Of Melbourne 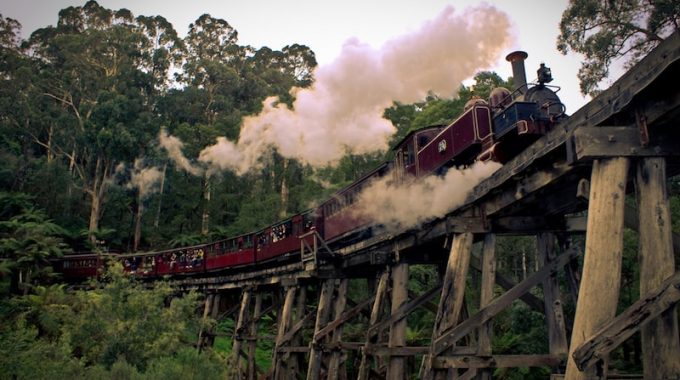 Many families look to upgrade the size of their property when looking for more space to accommodate an expanding family base. Some families are choosing to move further away from built up and pricey areas, towards the suburbs and even further afield to places such as Gembrook. A once stagnated population, people are noticing just how close Gembrook is to Melbourne.

The Gem On Melbourne’s Outskirts That’s Getting New Life

For a township of 2000 people, Gembrook in Melbourne’s outer south-east packs a punch, largely thanks to Puffing Billy which terminates on its main street.

“The makeover of Main Street is attracting buyers into Gembrook,” says Aaron Day, of Bell Real Estate. “That, and the views of Warburton and the Dandenongs that you just can’t get anywhere else.”
“It’s one of the few suburbs in the area where you can buy land of 100 acres,” says Day.

“A lot of locals work within 30-40 mins of Gembrook, whether it’s in the Pakenham/Berwick direction or the Emerald/Burwood Highway direction. Gembrook is well connected.” Gordon says.

It’s no surprise people are looking elsewhere to settle down as property prices in Melbourne continue to surge in 2017 unlike Perth which is currently experiencing a real slump in the property market.

Perth’s Housing Slump’s A Lesson For Sydney and Melbourne’

Unlike the Sydney and Melbourne property surge, house prices in Perth have plummeted, while unemployment and the cost of living have increased, catching out owners and investors.

‘Perth is on its knees’

Homes at the top end and on the urban fringe are the worst affected by falling prices.

Perth property valuer Gavin Hegney said the situation was the “reverse” of what was happening on the east coast, and lessons should be learned.

“We had a second kick along in 2012, and at that stage the Sydney and Melbourne markets were pretty well on their knees.

“Today Perth is on its knees.

If you’ve been caught in the middle of the property boom in Melbourne and you’re looking to upgrade your property but don’t have a large enough budget to move up another rung in the property ladder, you can always choose to extend the footprint of your property and utilise existing space in a creative way while extending outwards using clever and affordable designs to help you achieve the additional space you crave.

If you’d like to find out more about how we can help, give us a call for a free estimate today on 1300 724 118. We have over 2 decades of experience building house extensions in Melbourne and will be able to help navigate all the tricky building regulations for you.